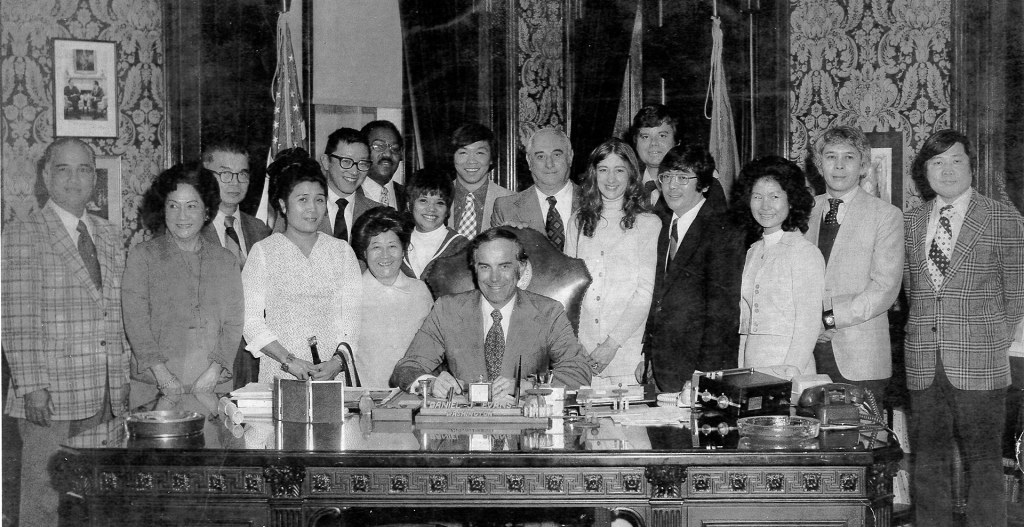 Since the formation of a steering committee in 1970 to negotiate with the Governor’s Office to create the Governor’s Asian American Advisory Council in 1972, the Commission on Asian Pacific American Affairs (CAPAA) has engaged in advocacy, community education, and outreach, as well as inter-agency community collaborations to improve the well-being of Asian Pacific American communities. With an advisory board consisting of twelve governor-appointed commissioners, the members of the Commission have a vital responsibility to be a voice for our diverse communities in state government.

1995
Washington State Commission on Asian Pacific American Affairs
Commission’s name amended by House Bill 1457 to reflect the population changes that have occurred since the establishment of the commission in 1974.

1970 – 1972
Steering Committee
Due to pervasive discrimination and barriers in accessing government services, community activists formed a steering committee to bring these issues to the Governor.