At CAPAA, we are lucky to work with truly amazing commissioners who care deeply about the communities they serve. They are fearless advocates, dedicated activists, and hardworking public servants. Three former CAPAA Commissioners have earned the title of Commissioner Emeritus due to their dedication and accomplishments. Their tireless work in improving the lives of APAs has made Washington state a better home for us all. 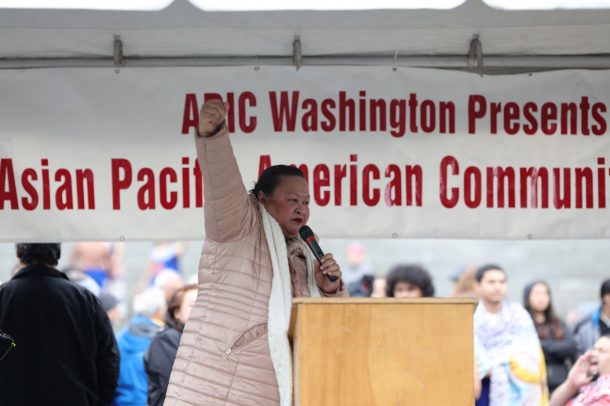 Lua Pritchard was born in the village of Amouli, which is located on the island of American Samoa. She left Samoa at the age of 10 to attend school in San Francisco. Lua attended Pepperdine University in Los Angeles and the Universities of Minnesota and Hawaii. She later returned to Samoa, where she became a high school English teacher.

Lua and her family moved to Lakewood in 1988. She and her husband culturally adopted 16 more children in Lakewood; their family now consists of 21 adult children and 34 grandchildren. Lua was appointed to serve on CAPAA in 2001 and stayed as an active Commissioner until 2012. During this time, Lua also worked for the Korean Women’s Association (KWA), ultimately retiring as the Executive Director of KWA in 2009.

Lua is the Executive Director of the Asia Pacific Cultural Center (APCC) in Tacoma and a member of the Sound Transit Citizen Oversight Panel, and the governor recently appointed her to the Washington State Arts Commission. She is also the former Executive Director of the Korean Women’s Association and has long been an advocate for Lakewood and CPTC. Lua has been recognized with countless awards for her volunteer work in the Asian Pacific Community, Pierce County and Washington State, including as the recipient of CAPAA’s first ever Vanguard Award. 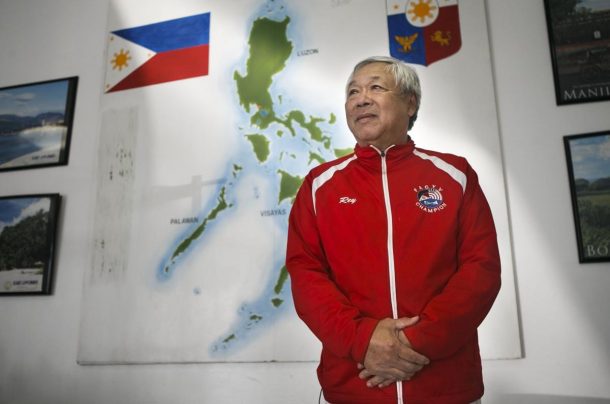 Reynaldo Pascua is from Sunnyside, WA, and a former Commissioner on the Washington State Commission on Asian Pacific American Affairs. He served two full terms, from 1974-1976 and 2007-2013, and served as Vice Chair during the second appointed term. He is a trustee for the Filipino American National Historical Society (FANHS) and President of the Filipino American Community of Yakima Valley, of which he’s been a board member for thirty years.

Reynaldo developed a close relationship with Larry Itliong of the United Farm Workers while he founded Western Washington State College’s Asian Student Union. He traveled to stay with the Itliong Family for four days and audio-recorded interviews about Larry’s thoughts about the Union and UFWOC movement. Reynaldo went on to help organize grape boycott efforts in Puget Sound of Washington State to force growers to sign labor contracts and remained in correspondence with Larry which are now housed in the Union Archives Section at Wayne State University. As a paid UFWOC organizer, Reynaldo participated in the march on Sacramento, California to protest Governor Ronald Reagan’s anti-union policies, and traveled to Salem, Oregon to protest the Legislature’s “Right to Work” bill.

Reynaldo has a BA in Education from WWU. He married Sandra Lee Pascua, who passed in 1973, and has three children: Tiffany, who passed away in 2020, and Matthew and Benenise Pascua. He also as well as two grandchildren, Natalia Sandra and Gabriela Pascua. He authored the legislative and gubernatorial resolutions recognizing Filipino American History Month, which the state has adopted each year since 2010 and, most recently, successfully worked to establish October as Filipino American History Month in the state of Washington forever. 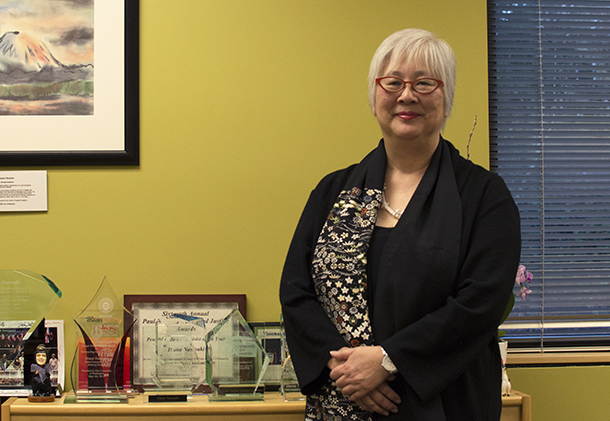 Diane co-chaired the Committee to Reverse the Japanese American Wartime Cases, which supported the coram nobis legal team’s work to vacate Gordon Hirabayashi’s World War II convictions for violating the Japanese American curfew and exclusion orders in the U.S. District Court in Seattle. His appeal to the Ninth Circuit Court of Appeals found in 1987 that the military orders issued against Japanese Americans were “based upon racism rather than military necessity.”

She was Executive Director at the Northwest Labor and Employment Law Office (LELO) from 1987 to 1991, when LELO was fighting for justice in the courts and Congress for the AAPI and Alaska Native Wards Cove Workers, who endured racially discriminatory, plantation-like working conditions in the in the Alaska canneries. Diane chaired the Minority Executive Directors Coalition Racial Profiling and Police Accountability Task Force and co-chaired the Seattle Community Police Commission when it formed in 2013.

From 1995 to 2018, Diane served as Executive Director at Asian Counseling and Referral Service (ACRS), one of the nation’s leading pan-AAPI social tenure, ACRS grew to meet the evolving needs of AAPIs and others by expanding its culturally competent behavioral health programs, human services, civic engagement activities, and approximately 300 staff and over 700 volunteers, who collectively speak 40 languages and dialects and reach over 35,000 community members annually.

She also served as a CAPAA Commissioner from 1996 to 2003, and in 2014, President Barack Obama appointed her to his President’s Advisory Commission on Asian Americans and Pacific Islanders. She co-founded the Asian Pacific Islander Coalition in 1996, a statewide coalition to advocate for AAPIs at the state level, and helped secure and defend critical rights and services, including a social safety net for immigrants and refugees, expanded access to democracy, and more equitable access to state programs and opportunities for AAPIs and other English language learners.

After 23 years at ACRS, Diane retired on December 3, 2018. She remains an ardent advocate for civil rights and social justice. Diane is married, with three stepdaughters and four grandchildren.