New board members appointed to CAPAA

Governor Jay Inslee recently announced the reappointment of Lisa Dickinson and Mohan Gurung and made the following appointments to the Commission on Asian Pacific American Affairs (CAPAA): 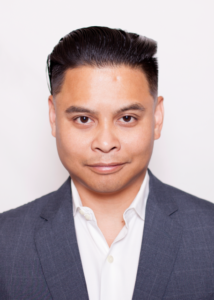 Donny Rojo is a 2nd generation Filipino American.  He comes from a US Navy military family who settled in Bremerton, Washington.  He attended Olympic and Central Kitsap High School and then obtained his BS in Mechanical Engineering at the University of Washington.  During his time as a college student, he was a member of the Filipino American Student Association, serving one year as President.  After college, he entered the aerospace industry serving roles as Design Engineer, Systems Engineer, Project Engineer, and Engineering Manager, as well as achieving three patents.  He then left the aerospace industry and transitioned into consumer healthcare products as a Project Manager, leading teams that drive Innovations to Market.   He has experience working with large global cross functional teams and traveling to Europe and Asia to collaborate with business partners and suppliers in OEM and ODM development.  During his career growth, he obtained corporate certifications in System Engineering Management, Six Sigma, Lean, and Agile, as well as his Project Management Professional PMI certification.

Parallel to his career path, Donny was involved with various student and community organizations.  He served as President and a member of the Board of Directors for the Filipino American Association North Puget Sound in Snohomish County.  He was also involved with cultural and ethnic performing arts with the Filipino Performing Arts of Washington State, performing at various events and festivals around the Puget Sound.  He also was part of the Entertainment Planning Committee for Pagdiriwang Festival for several years.  He also served three terms as a member of the Alumni Advisory Board for the Northwest Filipino American Student Alliance, a major coalition of Filipino American students from over fourteen college and university organizations.  Donny also established the Seattle Chapter of Pilipino American Unity for Progress (UNIPRO), a national Filipino organization which educates, empowers, and connects the Filipino American community by providing a platform for dialogue and growth, and providing advocacy.  In 2016, Donny was selected by the Philippine Embassy along with nine other Filipino Americans to take part in an annual socioeconomic immersion program known as Filipino Young Leaders Program (FYLPRO).  Donny currently serves on their executive committee as Treasurer. 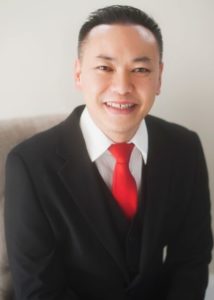 Ekkarath Sisavatdy was the last in his family of 10 to be born in Vientiane, Laos and a refugee immigrant to the US in 1978.  Known to many as simply Ekk, he has built a home and community in Des Moines, WA.  Ekk has worked over 13 years in higher education and is currently the Project Director for the Asian American, Native American Pacific Islander, Serving Institution (AANAPISI) at Highline College.  He graduated from Western Washington University with his Bachelors in Social & Political Effects on Southeast Asians in the US  – Go Vikings!  Ekk also completed his Master’s in Education in Higher Ed from Central Washington University – Go Wildcats!

His dad shared with him at an early age why it’s crucial to get involved and give back.  He said, “If you don’t care about your community, don’t worry, they’ll be many others that do, and most will come with good intentions, but not all.  Will you be okay with them speaking on your behalf and representing you in ways you may not feel is authentic and appropriate? Will you be okay that they don’t live your experiences, share the same values or truly don’t understand your community(s)?” These questions are what spurred Ekk to get involved.

He believes everyone is a teacher of humanity and all have enriching stories to share with one another. His mission is to provide space and opportunity for our communities to participate, share, and be heard.  As an Asian Pacific Islander, it’s important that we support each other and give back, especially to our underserved communities.  He is an active, co-founding member of the Southeast Asian Education Coalition (SEAeD).  Ekk currently also serves as commissioner of the City of Des Moines Arts Commission as well as a member of the Advisory Council for the Southeast Asia Resource Action Center’s (SEARAC) “Moving Mountains” Equity Summit, and a member of the Asian Pacific Director’s Coalition.  Ekk has interned with SEARAC’s Leadership and Advocacy Training (LAT) program and Leadership Education for Asian Pacifics, Inc. (LEAP) Leadership in Action (LIA).  He has been a part of many clubs and organizations and has been a club advisor for the Lao Students Association, Khmer Students Association, Pacific Islander Students Association, Red Cross Club, and Cooking Club at Highline College.

Ekk believes that gratitude makes attitude, knowing our gifts is a must, mentorship is key because we can’t be what we can’t see and legacy work is truly heart work, and yes it’s all hard work!  He is a self-proclaimed groupie to two notable Lao organizations which he believes embodies this philosophy – the Pom Foundation’s Kinnaly Music and Dance Troupe, and Legacies of War.

Ekk adores his team at Highline and spending time with his fiancé, parents, siblings and 15 nieces and nephews. He also enjoys hanging with friends and is a sucker for home cooked meals and road trips!

Ekk has been featured in PRI’s The World and The Chronicle of Higher Education.