The ART of Survival: Exploring the Cambodian American Identity 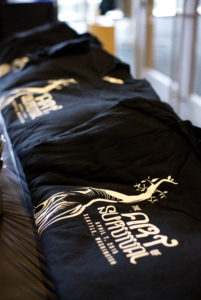 “The ART of Survival” hosted by the Cambodian American Community Council of Washington (CACCW) is a part of the “Remembering The Past and Welcoming the Future Series Event”, which has the goal of supporting Cambodian Americans understand their culture and heritage. “The ART of Survival” was hosted at Seattle City Hall with hundreds of community members and youths in attendance. Below are the short reflections of newly appointed Commissioner Sina Sam, 2nd Vice Chair Tam Dinh, Commissioner Ekkarath Sisavatdy, Project Coordinator Sam Le, and , all of whom are of Southeast Asian heritage and  are actively serving within the Cambodian/Khmer, Laotian, and Vietnamese communities.

“I was feeling heart-broken just days before the ART of Survival event. I learned that 43 Cambodian Americans were deported on 4/4/2018, the largest group to be removed at once in the history of the Repatriation Agreement between Cambodia and the U.S., which has resulted in over 750 removals since 2002. They were all refugees of the Khmer Rouge and many, born in refugee camps and raised in America like myself, have never set foot in Cambodia before. I was pained to be reminded that it’s been exactly 43 years since the Khmer genocide first began in April of 1975, and now in April of 2018, 43 survivors have been separated from our communities and their families.

Although I was grief-stricken, my heart was quickly filled with joy and pride when I arrived at the ART of Survival event. Not only did my community share in my pain, but the event itself felt like it was a space created specifically for this purpose; To heal and uplift one another through our shared struggles. To witness Seattle City Hall fill with children, elders, mothers, fathers, artists, students, educators, chefs, organizers, entertainers, elected officials, Cambodian music, food, dance, fashion, art, history, language, etc. I was overcome by the sheer joy. It was a unifying and loving scene that would have never been allowed during the Khmer Rouge time. I was deeply moved and humbled to be reminded that our communities have rebuilt against insurmountable odds, as well. By April 1979, nearly a quarter of the population of Cambodia perished under genocide (approximately 2 million people), almost destroying the way of life and culture. Yet, here we are, Cambodians and allies across the generational divide and from different diaspora communities, not only learning from one another to ensure the survival of our arts, culture and history, but building together towards a future where the next generations can thrive. It is a remarkable honor to bear witness to the resiliency and history of our older generations, and be able to build on the legacy of the work. There is more work to be done, but still many accomplishments to celebrate.

Much gratitude to event organizers, Bunthay Cheam and Chanda Mak, and the CACCW for making it possible for all of us to come together to honor, uplift, and celebrate one another. I wish everyone a Happy Khmer New Year month! សួស្ដីឆ្នាំថ្មី (Suesdey Chnam Thmey)” 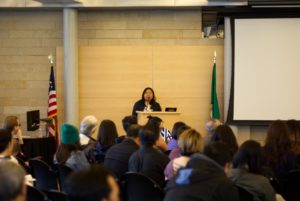 “It was an honor to experience the Art of Survival hosted by the Cambodian American Community Council of Washington. The beautiful and moving visual, auditory, and performing artworks showcased gave us a glimpse of Cambodian’s rich artistic culture. However, what was most moving of all was the diversity of age and ethnicity of the participants.  Traditionally, remembrance events related to the Cambodian Genocide or migratory experience are led and organized by community elders. As the second event in the annual Cambodian American community series called Remembering the Past, Welcoming the Future, the elders lived up to their vision of welcoming the future by embracing the leadership of the younger generation. This event was a wonderful example of how culture and traditions can live on and thrive with the support and guidance of the elders and passion and hard work of the younger generation. It was very inspirational.”

“The event was hosted by the Cambodian American Community Council at Seattle City Hall.  This was a beautiful and powerful program and statement by the Cambodian Community.  A community that is not just thriving but as stated by newest CAPAA Commissioner Sina Sam, in her first official speech as commissioner, “we are here celebrating Cambodian culture, art, history and in memory of April 17th 1975 the genocide.”  Commissioner Sam also declared that her “generation wants to continue the traditions as well as bring forward developments, resources and success.”

It really was a powerful program filled with both visual and performance arts, information booths, one that saw a lot of youth programming, participation and outpouring of community support in attendance.”

“The connection through the art, performances, skits, films, and speeches is one of the highlights I experienced from the event. Even though I was voluntarily photographing and documenting the event, the memories and vibes from the program and people are the things I remember vividly. The importance of engaging the older generation and the youth was a focal point of the event that I believe was executed in a very effective manner. The ART of Survival presented in many different channels the perspectives of young and emerging Cambodian American youths and young adults.

I related well with the message and goal of the and would like to give thanks and appreciation to the event organizers for their work and accomplishments. As a staff member of CAPAA, I now have a new lens I can use and develop to help understand the unique experiences and perspectives presented by the community members and youth at the ART of Survival.” 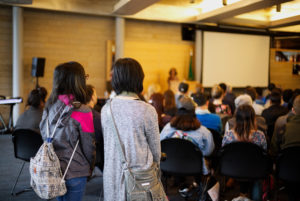 Additionally, the Cambodian American Community Council of Washington will be hosting the CACCW Cambodian Graduation Celebration on Saturday, May 19 at the SeaTac Community Center. For more information and registration, visit the event page. 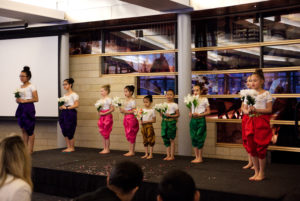